There is a shift occurring from the existing paradigm of conservation of the limited resources on earth to the concept of producing nearly limitless clean energy, and freely using the abundance of clean energy. The LUNA RING for lunar solar power generation embodies that concept. It marries an original idea to research and development on space technology.

Planet earth is a gift from the sun. The sun’s energy is perpetual and will not have an adverse impact on the earth’s environment, no matter how much energy we use. The massive energy of the sun will give us a beautiful earth and an abundant lifestyle in the future.

This is a new proposal from Shimizu Corporation
designed to enable humans to live in perpetual harmony with our beautiful earth.

Generate power by installing a ring of solar power cells around the equator of moon. Convert the power into microwave laser beams and transmit this energy to earth from the side of the moon that always faces the earth.

Largescale solar power generator on the surface of the moon

Use as energy for all regions on earth

Path of Solar Energy to Earth 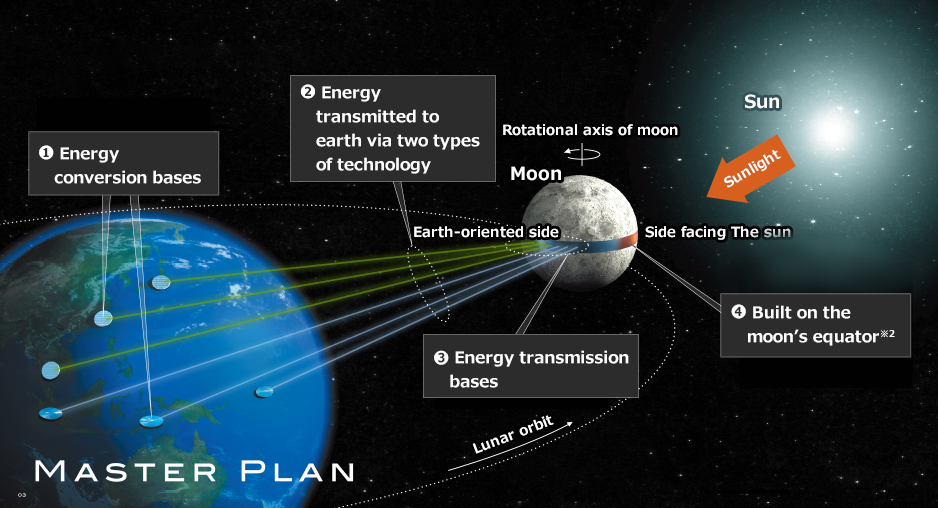 *1 An abbreviation for rectifying antenna. An antenna that converts microwaves into direct current electricity

❷ Energy transmission to earth via two types of technology

❹ Built on the moon’s equator

*2 What is the lunar equator? The circular plane that travels through the moon’s center of gravity, is perpendicular to the rotational axis, and intersects the moon’s surface.

Energy Transmission from the Moon to the Earth

Constant, stable energy from the sun shines on the lunar equator.

Energy conversion base(This is a base that converts the energy from the moon into electricity and produces hydrogen.)

The microwave laser beam transmitted from the moon is converted to electricity in the earth-based energy conversion base and distributed to a power grid or converted into hydrogen for fuel and energy storage. This will realize a world in which energy can be used by all people equally.

Building a lunar power plant with the moon’s resources

We will make maximal use of resources on the moon to build a lunar power plant.
The sand on the moon is an oxide compound, so it would be possible to produce oxygen and water if hydrogen were brought from the earth. Moreover, we could produce cement by mixing water with sand and gravel to produce concrete. It would also be possible to use the heat from the sun to produce blocks and glass fiber. 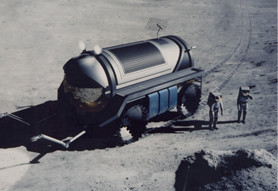 Working on the Surface of the Moon

Working on the moon will require the presence of humans, and the work will be performed jointly by a few team members and robots.
Source: NASA 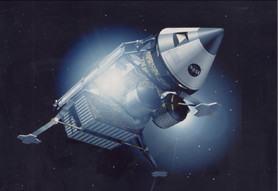 Machinery modules transported from earth will be assembled in orbit, lowered to the surface of the moon, and installed.
Source: NASA 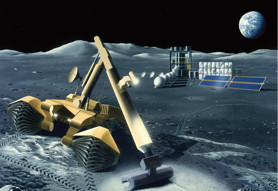 Large robots that drill to the hard, inner layer and level the ground on the soft surface of the moon.
Source: NASA

Solar Cells Lined Up on the Lunar Equator 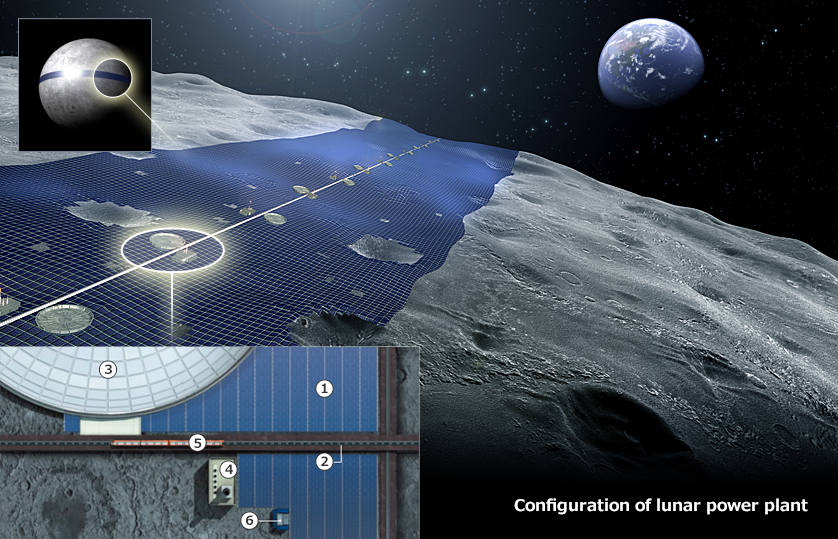 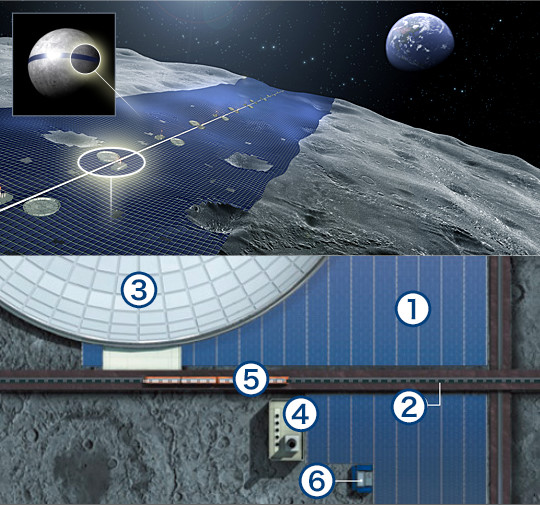 Solar Cells Lined Up on the Lunar Equator

❶ Lunar solar cells: : A group of solar cells that will extend around the 11,000 km of the lunar equator and range in width from a few kilometers to 400 km at the widest point. They will continuously generate solar power.

❹ Laser beam light-transmission base: : A laser beam of high energy density will be generated from sunlight. An earth-based guide beacon will be used to ensure accurate transmission.

❺ Transport route on the lunar equator: : This will be used to transport materials necessary for constructing and maintaining the lunar power plant. A power transmission cable will be installed beneath the transport route.

❻ Self-propelled solar cell production plant: : The plant itself will move as it produces solar cells from lunar resources and installs them.