Restoring the Earth in Vietnam with Shimizu’s Technology October 16, 2018

Soil contaminated by the defoliating agents the U.S. military sprayed in Vietnam during the Vietnam War are still causing serious damage to people’s health.
The Vietnamese government has set the goal of completing soil remediation nationwide by 2030. As part of an initiative to solve this problem with its own technology, Shimizu will perform a contaminated soil washing trial from mid-January 2019 onward in cooperation with the Center for Technology of Environmental Treatment (CTET), which is part of the Vietnamese Ministry of National Defence.

Defoliants are one type of herbicide and contain high concentrations of dioxins, which are known to be deadly poisons. There are 28 highly contaminated areas in Vietnam, including the airports in Da Nang and Bien Hoa, which served as U.S. military bases, and this is a major social problem.

In 2014, Shimizu began research on whether the soil washing technology it had developed in Japan could be applied to remediation of soil contaminated with dioxins from these defoliants.
Shimizu performed a soil washing trial with dioxin-contaminated soil collected from the Bien Hoa area in February 2016. We confirmed that soil washing was possible and reported this to the relevant institutions in Vietnam (Ministry of National Defence, Ministry of Natural Resources and Environment) and to the United States Agency for International Development (USAID).

In November 2018, Shimizu will join with CTET, which is part of the Vietnamese Ministry of National Defence, to begin construction of a soil washing plant of a suitable size for onsite use on the grounds of the Bien Hoa airport. The plant will be used for a soil washing trial for dioxin-contaminated soil for three and a half months, from mid-January through the end of April 2019.

Onsite soil washing plant (Images are for illustrative purposes only)

On September 4, before the field trial, a ceremony was held in the capital Hanoi to mark the conclusion of an MOU with the government of Vietnam. A seminar on the soil washing technology for soil contaminated with dioxins from defoliating agents was also held.
We aim to demonstrate the reliability and economic feasibility of Shimizu’s remediation technology through this field trial and participate in the full-scale soil remediation project at Bien Hoa airport.

Aiming to Contribute to the Global Community

Shimizu’s soil washing technology is not just for removing dioxins. It can also be applied to removal of heavy metals, oil, and radioactive substances.
We will use our extensive experience with this washing technology in Japan to roll it out to Vietnam, and to contribute to the global community in the future. 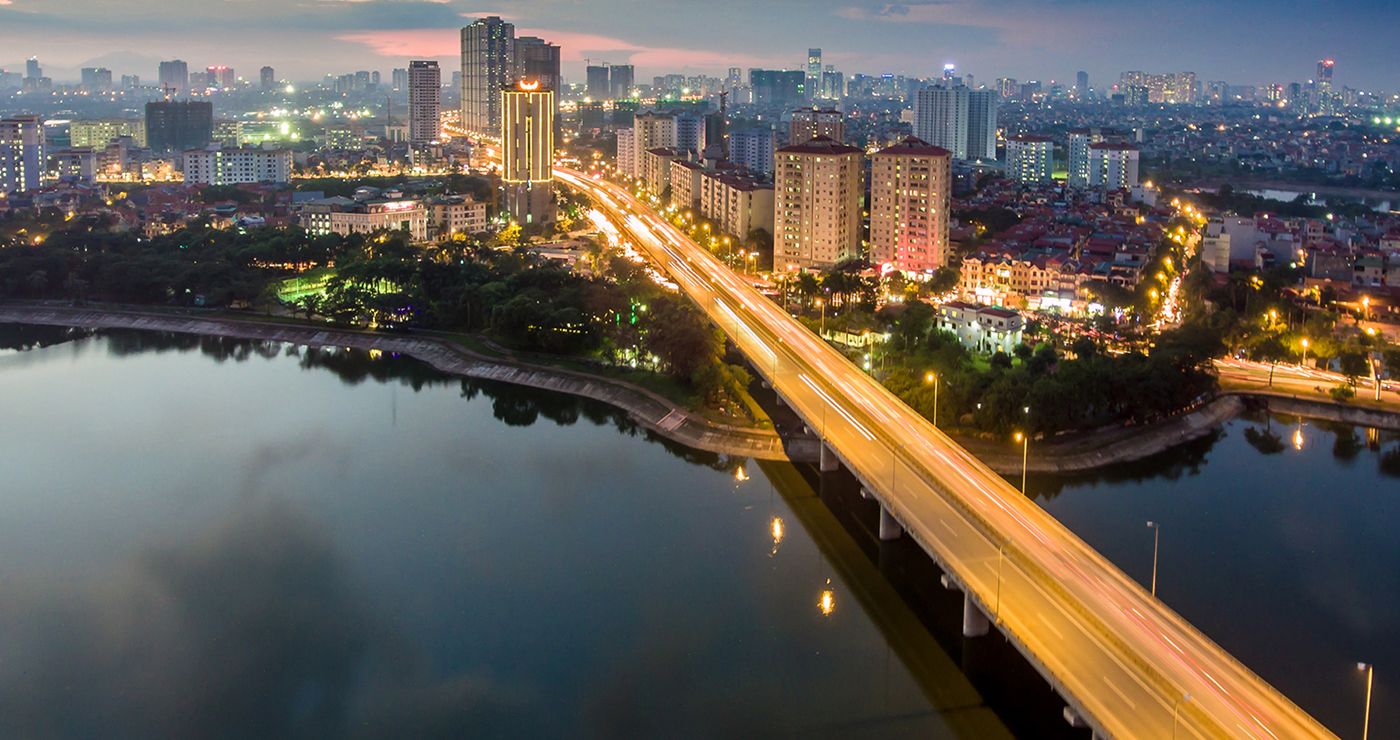