Returning to the Basics of Craftsmanship for Major RenovationConstruction to Preserve and Restore Kanden- an and Kogetsutei （Moon Viewing Pavilion）, designated Important Cultural Properties, and One Other BuildingDecember 17, 2019 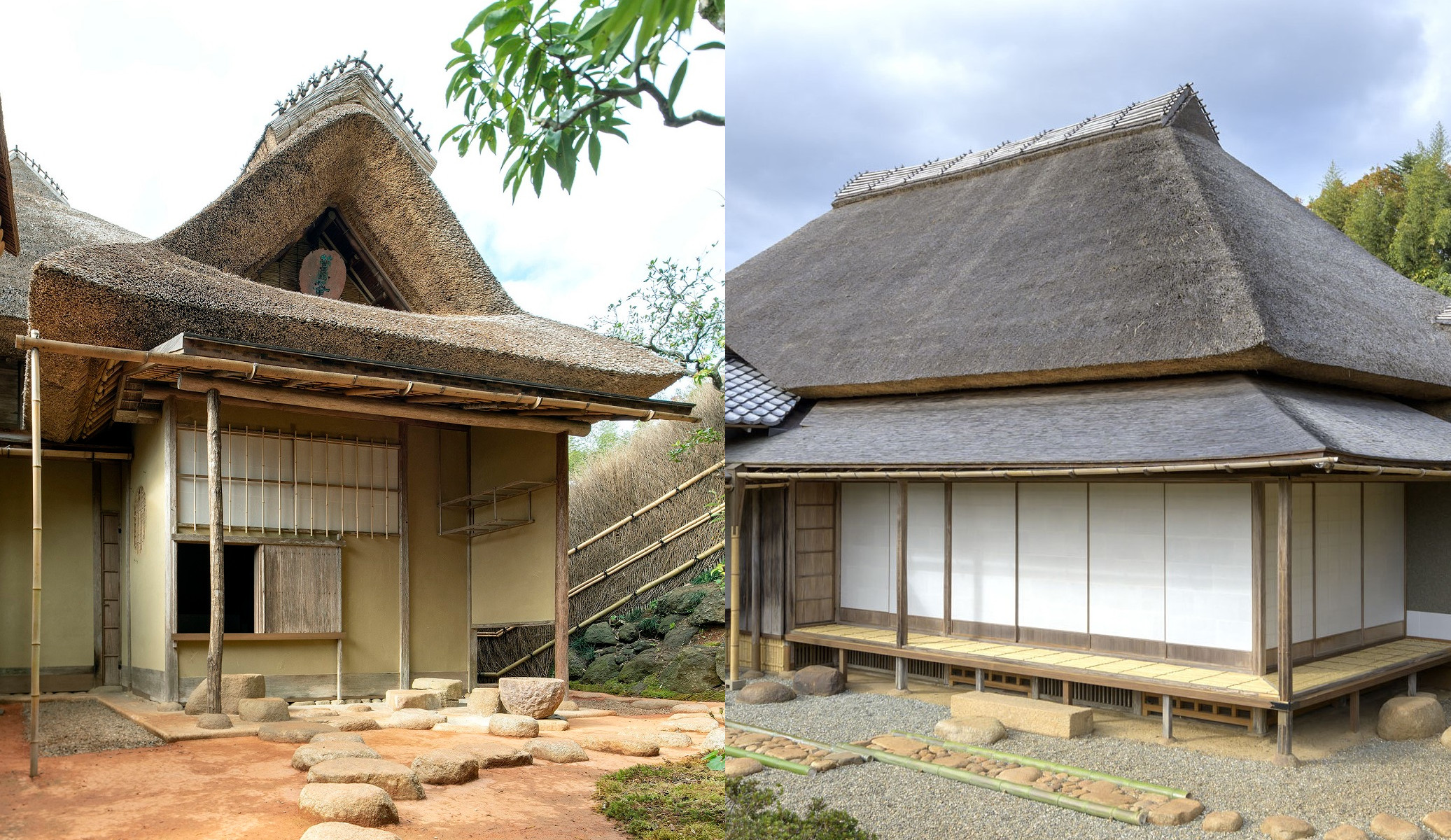 Historical Structure Returning to the Basics of Craftsmanship for Major Renovation Construction to Preserve and Restore Kanden- an and Kogetsutei （Moon Viewing Pavilion）, designated Important Cultural Properties, and One Other Building December 17, 2019

On the premises of the prefectural offices in the city of Matsue in Shimane Prefecture, this site is rooted in the tea ceremony culture that Harusato Matsudaira, the 7th feudal lord of the Matsudaira clan in feudal domain of Matsue, helped restore. He is affectionately known as “Master of tea ceremony Fumai” even today.
In 2018, 200 years after the death of Harusato, work to preserve and restore the designated important cultural treasures of Kanden- an and Kogetsutei was undertaken.

Preservation and Restoration Work on the Sukiya-zukuri Style Teahouse, an Important Cultural Treasure, for the First Time in 68 Years

Kanden-an and Kogetsutei were built around 1792 in the late Edo period at the direction of Harusato and his younger brother Nobuchika. It was designated as an important cultural treasure of Japan in 1941.

The preservation and restoration work performed this time was the first in 68 years, since the previous restoration work in 1948. It was supervised by Kunimitsu Nakamura, a veteran in the Temples, Shrines Construction and Residential Division who had worked on shrines, temples, and cultural treasures for 10 years. Projects he worked on in the past include Inabanokuni Ichinomiya at Ube Shrine (Tottori Prefecture) and Izumo-Oyashiro, a national treasure (Shimane Prefecture).

Nakamura commented, “The preservation and restoration of cultural treasures takes more time than new building construction, but the methodical pace suits me.”

As these words indicate, the project began with a painstaking inspection. However, no official records remain of its construction around 220 years ago and the restoration work performed 68 years ago. He insisted on adhering to the technology used by predecessors to the extent possible in spite of that and searched for examples of preservation and restoration of a tea house that was designated as an important cultural treasure, but could find none.

The Dismantling Survey is Key

Sukiya-zukuri style buildings are small and have many small individual components. Such characteristics make it extremely difficult to repair and reuse the original components. This results in construction with many non-original components, so few of these buildings are designated as cultural treasures.
Based on his previous experience, Nakamura firmly believes that the key to restoring a cultural treasure is the dismantling survey. For cultural treasures where it is difficult to pinpoint damaged spots from an external inspection, new spots that need repair are discovered fairly frequently when the dismantling work at the construction site begins. It is also performed by a carpenter who specializes in the Sukiya-zukuri style, but if the dismantling and assembly processes are separated, it becomes difficult to figure out how it was originally assembled, so this is something that Nakamura says “must absolutely not be done.” The carpenter who specializes in the Sukiya-zukuri style was in charge of the entire series of work processes at this construction site as well, from dismantling, to repair and reassembly.

An Idea Comes to Mind

The thing that Nakamura struggled with this time was procuring the materials. As many as 25 varieties of logs with the bark were used for the rafters in the eaves. Many were tree species not generally used in construction, such as Camellia, Fetterbush, and Japanese Cleyera. He checked with lumber dealers, but they said they didn’t know how they could procure these.

An idea occurred to Nakamura just at the point he found himself stymied.
He wondered, “The last major restoration of this building was in 1948. They would have had trouble procuring materials during the period of confusion after World War Ⅱ. Could it that they used the trees growing in the hills behind the site? The Sukiya-zukuri style itself also used interesting materials to express the spirit of rustic simplicity. That is probably what they were thinking when they built it.”
When Nakamura went to the hills behind the site with the carpenter, he was able to procure nearly all of the tree species.

The Ultimate in Preservation and Restoration Work

The preservation and restoration work was successfully completed in June 2019, after progressing through the various processes of building and dismantling a temporary roof, re-thatching the roof, construction of the interior furnishings and fixtures, repairing the doors and windows, etc. Tea ceremonies were held at Kanden-an on November 23 and 24 to celebrate the completion of construction.
Nakamura reflected on the construction, “I would forged the hills with the customer and selected the trees we wanted. We then coordinated various aspects to accommodate the drying period for the trees. It took time, but I think that is an essential part of building construction. We were able to perform the ultimate preservation and repair work by returning to the basics of craftsmanship.”

We hope that many people also love this precious building in the future and pass it on to the next generation.