Staying Connected to Buildings that Will Last 100 YearsSeptember 1, 2017 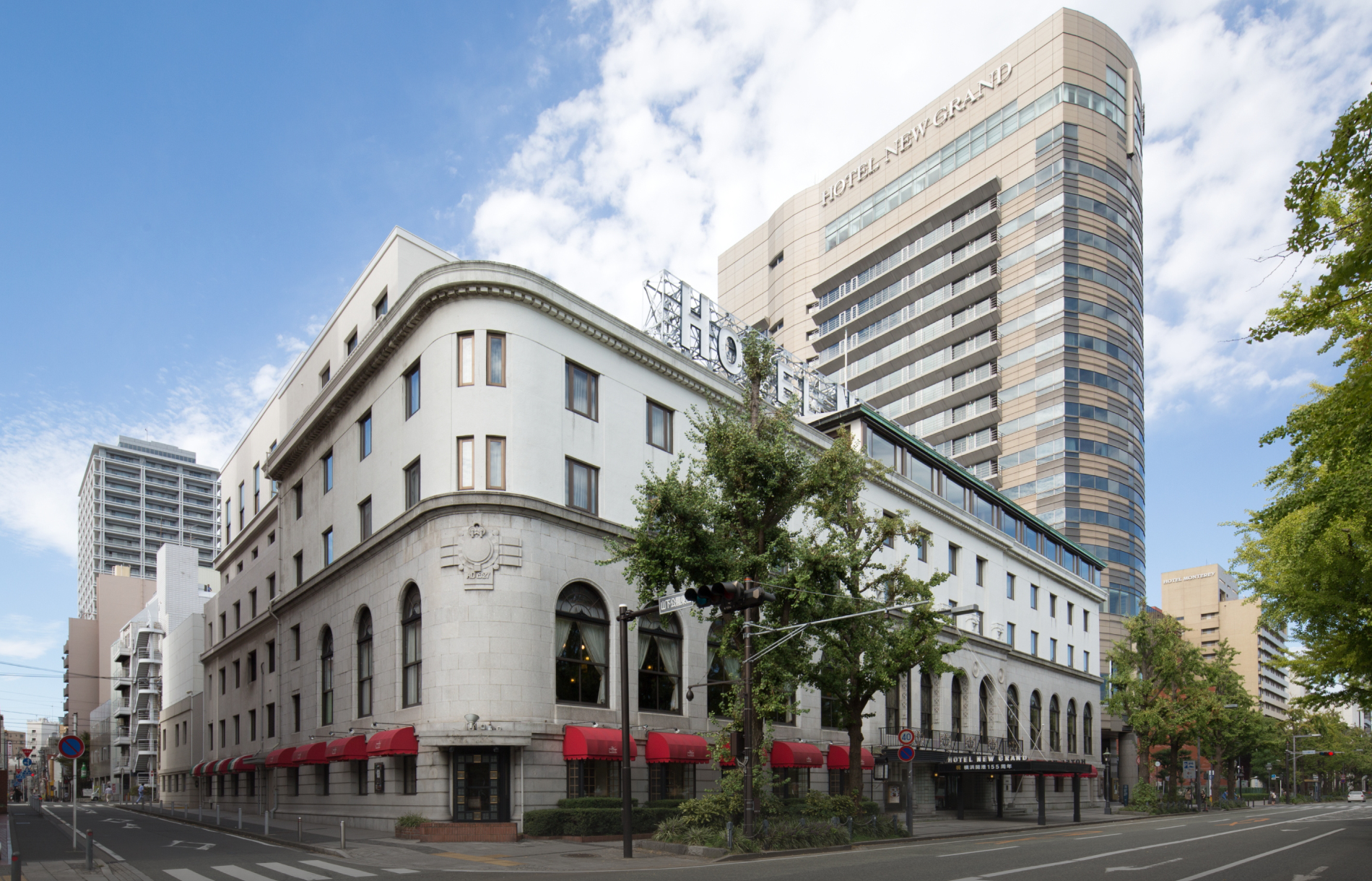 Lifecycle SupportStaying Connected to Buildings that Will Last 100 Years
September 1, 2017

Shimizu's work does not end when we complete a building.
We set our sights on 50 or 100 years in the future when building it, and remain connected to it over the long-term. We provide support to extend the lives of our buildings, which are important assets to our customers and to the community, and keep them in good condition.

Numerous famous people have stayed at Hotel New Grand, including General MacArthur, Jiro Osaragi, Charlie Chaplin, and Babe Ruth. Designated as a historic landmark in Yokohama City in 1992, Hotel New Grand was also designated as a Heritage of Industrial Modernization by the Ministry of Economy, Trade and Industry in 2007. Designed to appeal to European tastes, Hotel New Grand has come to be a familiar landmark in front of Yamashita Park in Yokohama.
Shimizu's goal is to build facilities that will last 50 to 100 years. We have remained connected to Hotel New Grand since we built the main building in 1927, and have performed maintenance on the building. We have also made improvements to preserve and pass on the historical value, make it earthquake-resistant, strengthen its disaster response capabilities, and enhance hotel functions.

Preserving the Traditional Look with the Latest Technology

During the construction to improve the earthquake-resistance of the main building in 2016, we reinforced the ceiling in a way that would not alter the design, out of consideration for the fact that the ceiling had been designated as a historical structure.
We succeeded in both preserving and passing down of the historical value and improving the aseismic capacity through ingenuity.To accomplish this, we mounted a test model that accurately replicated part of the ceiling on the shaking table, and conducted a shaking test that mimicked a major earthquake. This verified that we had attained the intended design performance. We also achieved accurate and efficient construction through maximal use of BIM (Building Information Modeling).

Scene from the shaking test

In the spirit of the master builders
who maintained exclusive relationships with their clients, we maintain a life-long relationship.

The functions required of a building changed as the needs of society change.
We are able to keep abreast of those changes and accurately assess the needs of our customers by maintaining an ongoing relationship with them.
This enables us to make the necessary repairs and improvements to keep the buildings functionally up-to-date.
We have not forgotten the spirit of the master builders who maintained exclusively relationships with their clients and would visit them at home and ask,
"How is the building doing?"
We believe we can provide this lifecycle support precisely because Shimizu has done that for over 200 years.

The Whiskey Bottle Found Behind the Ceiling

During the renovation of the Hotel New Grand main building, a worker happened to find an old whiskey bottle behind the ceiling. Inside the empty bottle was the business card of a lieutenant colonel in the U.S. army from roughly 70 years ago
The bottle was found in the Phoenix Room, a banquet room on the second floor. The ceiling, which was 5 meters high, had a coffered ceiling typical of the square wooden framing seen in a shrine or temple. The whiskey bottle was discovered on the backside of the ceiling when the flat panels that were mounted in this coffered ceiling were removed.
The MacArthur Suite, where Douglas MacArthur had stayed, was located directly above the Phoenix Room. What happened still remains a mystery, but this was an episode characteristic of Shimizu, which has always maintained long relationships with historical structures.

Preserving the View, Even During Construction

During the renovation of the main building, a sheet with a color print of the exterior of Hotel New Grand was hung on the east wall of the building.
We took care not to damage the view even during construction because Yamashita Park and China Town, which draw many tourists, were nearby.
This sort of careful attention can probably be called one aspect of the quality that Shimizu offers.